After you’ve filmed your party or vacation, it’s time to put all those raw videos into shape, just to make them watchable for your friends or family. You have to put them in the right order, that they flow together correctly, some transitions and some music, and it’s done – no need to do Hitchcock, although you can technically do it from your smartphone today. hui, crazy isn’t it?

Since the iPhone 6S, 4K and HD videos have become legion, and today you can shoot anything, anytime, with exceptional rendering. And as the number of applications dedicated to video continues to increase, it seemed important to us to bring together the most useful applications on the same page: for all video enthusiasts, here are 5 essential applications to edit and improve your movies.

Mac enthusiasts already know this application, sold with the computer: it has been perfected over time, and now arrives on iPhone and iPad. And we have to admit that the transition, if it does not seem obvious at first glance, is in fact so natural that doubts quickly dissipate. Yes, touch ultimately is the essence of editing: like a puzzle, drag and drop the sequences in the desired order with your fingertip, add a soundtrack with a click, select filters to give the image a bit of style, add text for the intro …

In short, the application is easy to use, and is limited to the essentials when it comes to editing, and it is entirely possible to create excellent videos with iMovie, without being a professional editor. However, it lacks a few features that connoisseurs will miss, such as the image stabilizer or the cloud. The app is available for 4.99 € on the App Store. 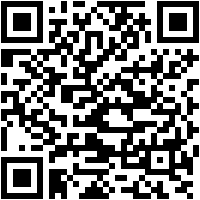 The fundamental difference between Vizzywig and other editing apps? They’re all designed as post-production apps – you shoot your footage, then edit when you’re done shooting. Here not at all: the application incorporates a function that allows you to edit while filming : Add live transitions, quickly cut and edit your footage, preview what you’ve got, then resume shooting.

The application incorporates another important feature, the multi camera : Launch the app on multiple devices at the same time, and embed any image in real time – allowing you to change shots live, just like professional directors (who can afford it) do.

Finally, add text, titles, transitions, music, in short the classic functions, but essential for a good editing application. And to finish an important observation for all those who have already tested editing applications without having found the rare pearl: Vizzywig is very stable – a lot of editing applications tend to crash, given the amount of information being processed. An element that is therefore not negligible – no one likes to lose their job following a mobile freeze.

All these very technical features will appeal to budding filmmakers, as well as professionals, and obviously the price is up to the application: 29.99 € on the App Store. Yes, it is not cheap …

The software is already well known to editors, so the application inherits from the aura of professionalism of its developers. And the software is certainly the most complete of all, with a range of features that will appeal to the most fussy: integrated access to the clouds (Dropbox, Box, Google Drive and OneDrive), the possibility of exporting the result directly to Vimeo, YouTube and Facebook. The resolution rises to 2K and even 4K, and the application integrates a real-time audio level meter. The editing features offer various effects of speed, transitions, title style and, of course, the integration of a sound track.

The interface is also the most ergonomic and clear of all assembly applications. To put it simply, Pinnacle brings us the most powerful app, probably the best thought out, but the most complicated too. It is in fact not to be put in all hands: the time spent working on all the videos can be a disadvantage in the eyes of some, who will prefer the automatic editing possibilities offered by applications more general public. The app is on sale for 9.99 € on the App Store. The main arguments that MoviePro puts forward are the ability to shoot in 3K – a quality such that my computer seems to be resistant to it – and the 30 frames per second of the camera, which gives more fluidity to the movements. For the example, here is a video shot in 3K with MoviePro, you will see the incredible level of detail!

But I have found many more interesting details in favor of the application, which will convince especially professionals.

First of all it is a all in one : you shoot with the tools that the app brings, like sound control, the ability to listen to a different track while filming – really useful if you want to film yourself dancing, or in rhythm with any sound . You can control the sound quality: decompressed, normal, low, compressed, silent.

There is also a backup of your favorite settings, which you can change with a single tap. The focus is very well managed, automatic or manual. The application is also adaptable for left-handers, it will orient itself so that it can be used with one hand. And besides the options one would expect from an application of this level – stabilization, volume control, smooth zoom, taking photos while filming – there are a few gadget options, such as “spy mode”, which leaves the blank screen, while you’re filming… useful, but not essential. The small flaw that professionals have seen: the framerate – the number of frames per second – is not quite accurate, and often lower than advertised.

But in view of the reviews, you will have guessed that this is a high level application, which will meet the requirements of professionals. Sold at the price of 5.99 € on the App Store, the application is certainly essential to shoot a quality video, before editing it using previous applications. 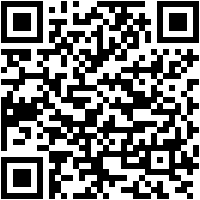 To finish, an application a lot less professional, but which will appeal to lovers of old films, and aficionados of sepia and grain 35mn. The aptly named application allows you to give a retro effect to your videos. And the styles are numerous, they bring together all the evolution of the cinema industry: black and white, sepia, 20s, 8mn, 35mn, 70s beatnik look. In short, enough to redo the story and give a little character to his video. The developers have also thought about the music, which you can integrate from your library, the essential text panels, and some classic transition effects. To remake a film in silent, black and white and accelerated, adding a little jazz, this is the ideal application for nostalgic or musicians wishing to make a retro clip easily! (The proof in video). It is sold for 3.99 € on the App Store. 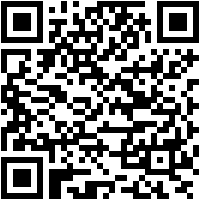 If you did not know the technique of stop motion, it is very simple, the childhood of cinema: it is about taking photos to animate a movement. Those who know have already seen the magic take place, and the ease of the technique, which requires more patience than resources. The objects come alive and move, and it’s magical, especially for young people who want to experiment with videos.

For that, I could not not quote this application, which facilitates the technique by allowing to change the place of each of the shots in the logical sequence, to scroll them by changing the speed, which automates the trigger of the photo to avoid the round trips – very quickly tiresome – and which makes it possible to edit the film very easily afterwards. In short, enough to redo The Nightmare Before Christmas with your iPhone! The app is free to download, but to make a movie you’ll need to unlock in-app purchases: 4.99 € for the full application. 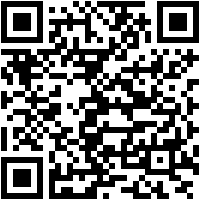 Finally, this is obviously not an exhaustive dossier. There are probably applications to make videos that you prefer, do not hesitate to advise them! In the meantime, think about preparing your speech for the Oscars, or at least a Caesar, it is within reach given the competition!

You may also like these categories of mobile applications: